The process of Balady Project

Participation in the First Meeting of the Tandem/Shaml Program in Tunisia
On 29 August to 2 September an exchange meeting for cultural managers from Europe and the Arab region was held in Hammamet, Tunisia. Emilie Vidal participated in the meeting and Donia Maher as well. In the context of the Tandem program, the main objectives of which are to provide cultural professionals in Europe and neighboring countries with the opportunity to collaborate, develop creative and cultural productions related to their experience and strengthen their management capacities.

Launch of the Cultural Managers Exchange Program Tandem/Shaml
On 1-4 November, the Tandem/Shaml meeting took place in Istanbul; Shaml means "to include, involve and embrace" in Arabic. Donia Maher and Emilie Vidal participated in the meeting which coincided with the final presentation of the previous EU-Turkey Program and the launch of the new exchange program across the Arab region. The pilot project, which will run until June 2013, establishes the framework for a long-term collaboration among six European cultural organizations, including Egypt, Syria and Tunisia.

February 2013
Belly Dance: Narratives and Practices from a Culture and Gender Approach
In the context of the Tandem/Shaml program, which enables cultural professionals in Europe and neighbouring countries to collaborate and develop creative and cultural productions linked to their experience, Interarts' project coordinator Emilie Vidal and Egyptian cultural manager Donia Maher are developing together the "Balady" project. The aim of the project is to explore the narratives and practices related to belly dance by observing dance workshops in Cairo and Barcelona, interviewing women who practice this dance, etc. The project will result in a documentary which will be presented in discussion sessions to open a dialogue on the construction of the image of women in various societies and the management of cultural diversity in urban contexts.


March 2013
Progress of the Balady Project from Egypt
In February, some of the activities planned in the context of the "Balady" project which observes how gender roles affect women's bodies through belly dancing and cultural exchanges were carried out in Egypt. Emilie Vidal, Interarts' project coordinator who together with Donia Maher, member of Hassala, is developing this initiative in the framework of the Tandem/Shaml programme, travelled to Cairo in order to meet, along with her Egyptian colleague, several stakeholders in the cultural sector, such as Hassan Elgritly, director of El Warsha, the first independent theatre group in Egypt. Likewise, during these days a workshop that brought together 10 artists and intellectuals to introduce them to belly dancing and reflect on issues such as the power of women in today's Egyptian society, took place. In the context of the project it is foreseen to hold similar workshops in Barcelona in March. 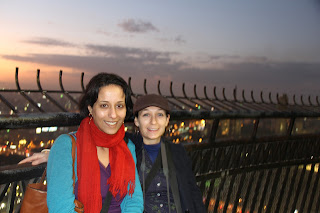 April 2013
Belly Dance Workshop and Discussion in the framework of ''Balady'' Project
On 10-24 March 2013, Egyptian cultural manager Donia Maher made a working visit in Barcelona in order to approach the artistic scene and cultural actors of this city. During this visit, La Miranda Association and the Francesca Bonnemaison Cultural Centre of Women "La Bonne" hosted two workshops related to the theme "Women, power and belly dancing". 22 women from different countries and of different ages, all residents in Catalonia, practised belly dancing and shared their perceptions of the image of women and gender models.

May 2013
Editing Balady
The production and editing of an audiovisual based on images and interviews made during the project and the workshops in Barcelona, Cairo and Tunisia. To be presented in June in the framework of the Tandem/Shaml Program closing event in Berlin. 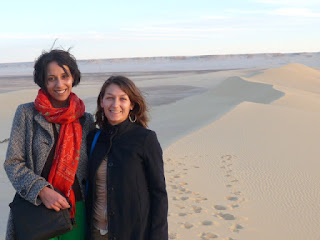 On 14 June the first screening of Balady documentary was held  in Zentrum für Kunst und Urbanistik, in Berlin (Germany), in the framework of the closing  event of Tandem/Shaml Cultural managers exchange program.


Screening and promotion of Balady documentary in Spain