The program encourages cultural managers from across Europe and neighbouring non-Europe countries to co-develop creative and cultural productions linked to their expertise as cultural professionals. Tandem / Shaml offers the chance for six cultural organisations based in different European countries to establish a long-term cooperation with new partner organisations from Arab countries in the Mediterranean region. The project provides the opportunity for cultural professionals’ long-term cooperation and knowledge development. It is also a unique opportunity to get a real insight into the rapidly-changing Arab cultural scene now emerging.

In the context of the Tandem/Shaml program, Interarts' project coordinator Emilie Vidal and the Egyptian cultural manager Donia Maher member of Hassala, are developing together the "Balady" project.

Interarts is an NGO based in Spain founded in 1995, which has a long experience in research and international cultural cooperation for development in fields such as cultural policies, access to culture and social inclusion, cultural rights, art and education, etc. It contributes to the development of the cultural sector in the Mediterranean Region and to facilitate the mobility of cultural works and professionals and it does so by participating in diverse Euro-Mediterranean projects and support multilateral cultural cooperation.

Hassala’s general goal is to contribute to the development of independent film-making industry in Egypt. It also aims to support young filmmakers in order to counteract stereotypes on the Arab screens, support the expression of marginalized voices, and disseminate film-making practice outside major cities. As they use different methodologies and forms of work.

Two young women, with Oriental and Occidental backgrounds, Arabic and European, aware of their identities. Both of them appreciate art and culture and believe in its importance and effects on human beings development.
Balady project is the result of their one-year collaboration, with the aim to raise global questions about the place of women in society and the freedom of their bodies. 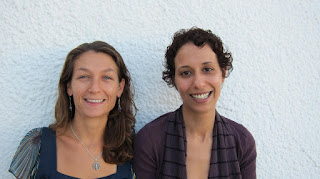 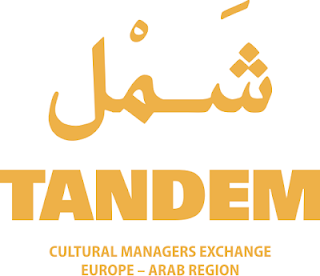